Largely bypassed by motorways and arterial routes Herefordshire has remained a hidden gem waiting to be explored.

As one of the less-populated counties of England, we still boast wild landscapes, roaming hills, beautiful orchards and meandering rivers such as the Wye and the Lugg. We have historic market towns like Ledbury, Kington and Ross-on-wye to name but a few, all with character, heritage and fine oak-framed buildings.

Hereford Cathedral is the home of Mappa Mundi and the Chained Library. The cathedral has been used as a place of worship for over 1,300 years.

The River Wye downstream from Hay-on-Wye also provides one of the longest stretches of water in England with a public right of navigation. It travels through Areas of Outstanding Natural Beauty (AONB) and is very popular with canoeists and paddleboarders in summer. The lower Wye is also a recognised salmon fishery so if you are in a canoe, please respect all anglers. Canoe hire is available in many locations along the Wye and there are sections of the river suitable for all skill levels.

The Wye also delivers great walks and fantastic vantage points such as Symonds Yat to take in magnificent views. A whole series of walks from 2 to 10 miles can be seen on the Herefordshire Council website. These are well tabulated with notes and maps.

The River Wye is arguably the birthplace of local tourism and the first package holiday. In 1770, a local rector in Ross-on-Wye commissioned a boat to take his guests on a tour by river. This tour caught on and flourished into one of the very first package holidays. In 1782, the first guidebook of the Wye Valley was published.

The word Herefordshire in the farming community worldwide means mainly one thing: cattle. Herefordshire cattle are one of the oldest British native breeds. Their tan bodies and the characteristic white faces mark them out. Mainly grass-fed, they love to graze and have a placid nature.

In 1738, Benjamin Tomkins started commercially breeding Herefords at Canon Pyon in Herefordshire. By 1817 the first two pairs of Herefords were exported to the USA. Just 23 years later, an American breeding herd was established. In 1878, the Hereford Cattle Society was founded under the Patronage of Queen Victoria.

More than 250 years of selective breeding has made the Hereford a cornerstone of the international beef industry. Today, with close to ten million cattle across 120 countries, they provide the highest quality marbled beef across the globe. For more information, go to the Hereford Beef website.

Today Herefordshire is home to two international cider makers, Bulmers and Westons, as well as many smaller artisan makers. There is a Cider Museum in the city of Hereford and many of the smaller makers also give tours and have open days. For more information, go to the Visit Herefordshire website.

One association with the word Hereford is our elite military force, the Special Air Service, or, as they are better known, the SAS. Originally based in Hereford itself, they now have their operational centre nearby at an old RAF training base. There is a clocktower in Hereford where all the names of deceased SAS soldiers are inscribed.

From Edward Elgar to Ellie Goulding, Herefordshire has always had an association with music. Pubs, halls, churches and theatres all provide venues for live music. Event and concert dates and times can generally be found on various websites by a simple Google search.

If you live in Herefordshire, you are bound to know the name Queenswood. It may not be so well known to those visiting Herefordshire but it has an interesting history and is now a very important part of wildlife and ecosystem conservation and wellbeing for all visitors.

Located on Dinmore Hill in January 1934, a piece of land consisting of 137 acres came up for sale for £1,092. This was a significant sum at the time. CPRE were worried about ribbon development eroding our landscape so the funds were raised to buy the land. A short while later, a larger scheme was proposed to create a country park to celebrate the silver jubilee of George V. The aim was to preserve the whole of Dinmore Hill as a public place forever.

In 1935, CPRE minutes record handing over the 137 acres to form part of the Kingswood Country Park. Later renamed Queenswood, the park and arboretum is now run by the Herefordshire Wildlife Trust for the benefit of local communities and tourists alike. 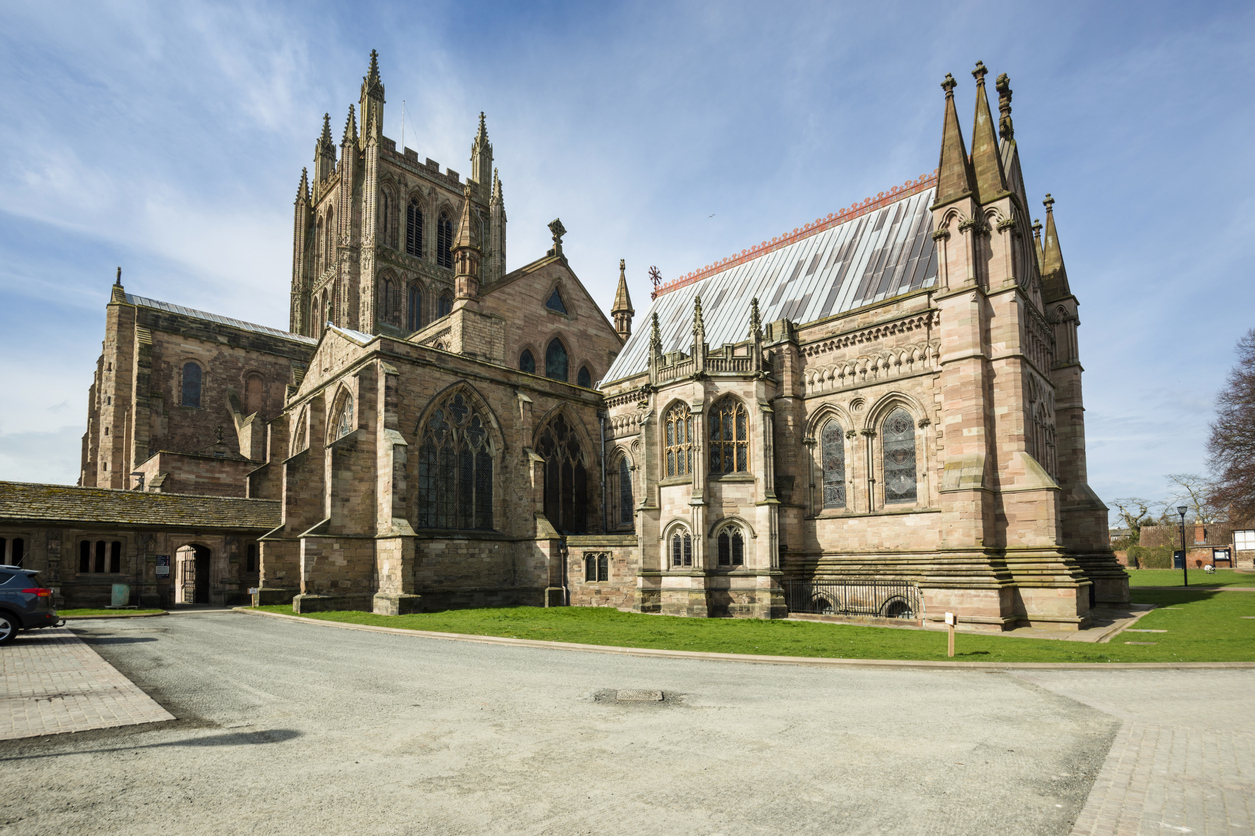