Hedgerows bring benefits to the landscape, biodiversity and environment. We believe their beauty in the landscape should be retained for future generations to enjoy.

Hedgerows are living things that need to be maintained and managed to stay in good condition. We regret seeing large hedges and their hedgerow trees lost to development, instead of being retained to enhance it.

We’re pleased that Herefordshire Council safeguards numerous hedges under the Hedgerow Regulations but are worried that hedges are still being unnecessarily lost to development; there is evidence that some hedges are removed unlawfully.

We believe better records should be kept, to enable features that people value to be identified before unthinking felling destroys them.

Surprisingly little information has been gathered about Herefordshire’s hedgerows despite general recognition that this county embraces varied landscapes and it is correspondingly rich in diverse hedgerows, often containing substantial trees.

Herefordshire hedges are mostly old. It was already well hedged when more were planted under Parliamentary Acts, and their associated Awards, in the 18th and 19th centuries.

These Awards transformed 30 or 40% of the landscape of many counties, from an open landscape into one of hedged enclosures. In contrast, less than 5% of Herefordshire was affected because it was already well hedged by the end of the 17th century and probably long before. We’re delighted to help save a hedgerow – more than 400 metres of it!

Our volunteer helps save a historic hedgerow from destruction 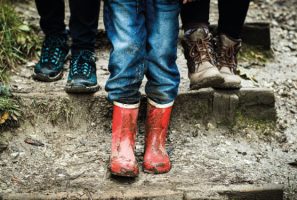